Learn How IPM.ai is Redefining the Ideal Patient

IPM.ai is pleased to announce that it has expanded its data universe of over 300...

Using ML/AI to Find the Right Patients at the Right Time: A Conversation with AVEO Oncology

IPM.ai Recognized as One of the World’s Most Innovative Companies in 2022 by Fast Company

IPM.ai’s transformative approach to patient-finding for specialty and rare conditions captures the #2 spot in the data...

Ron Elwell, CEO and founder of IPM.ai is a proud recipient of MM+M’s Pinnacle Award.... 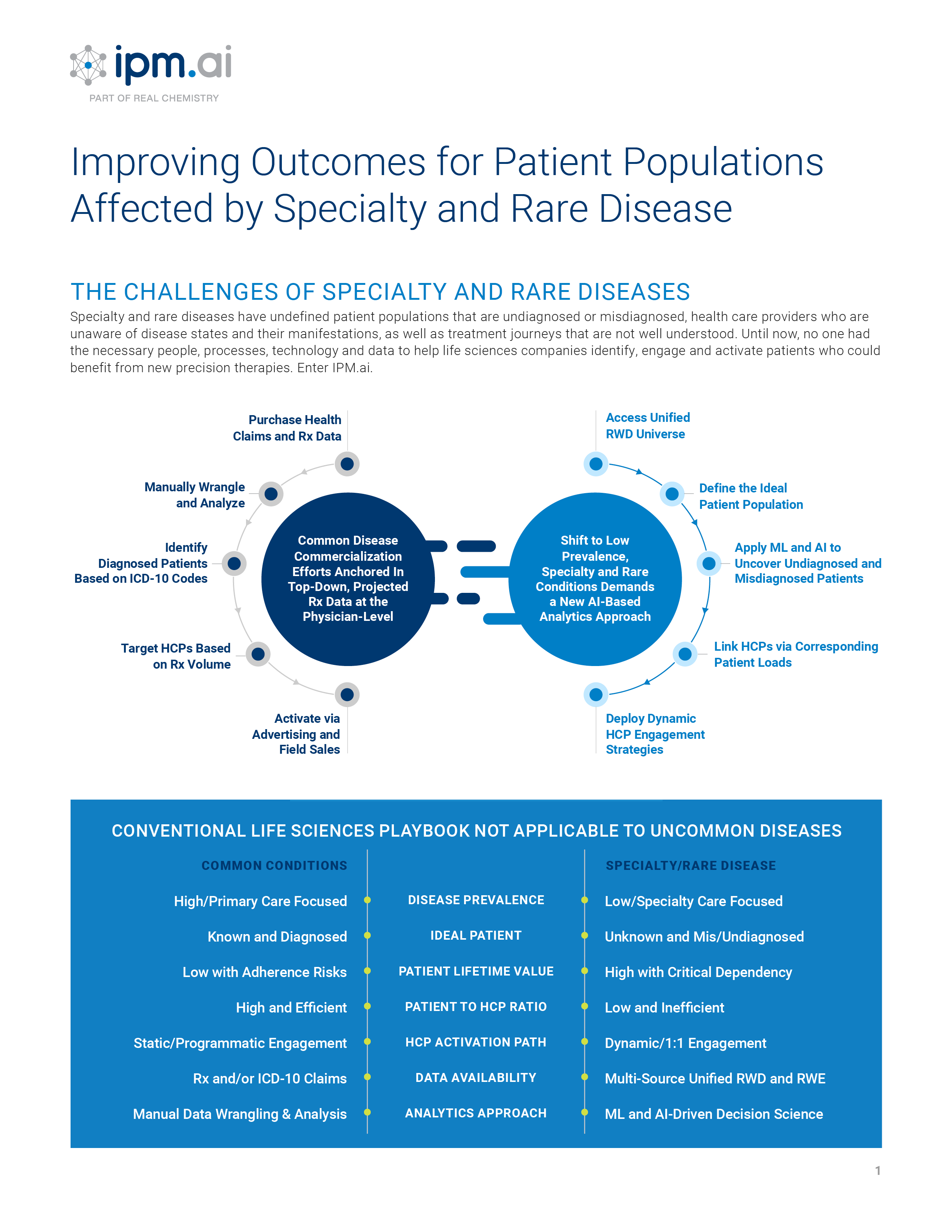 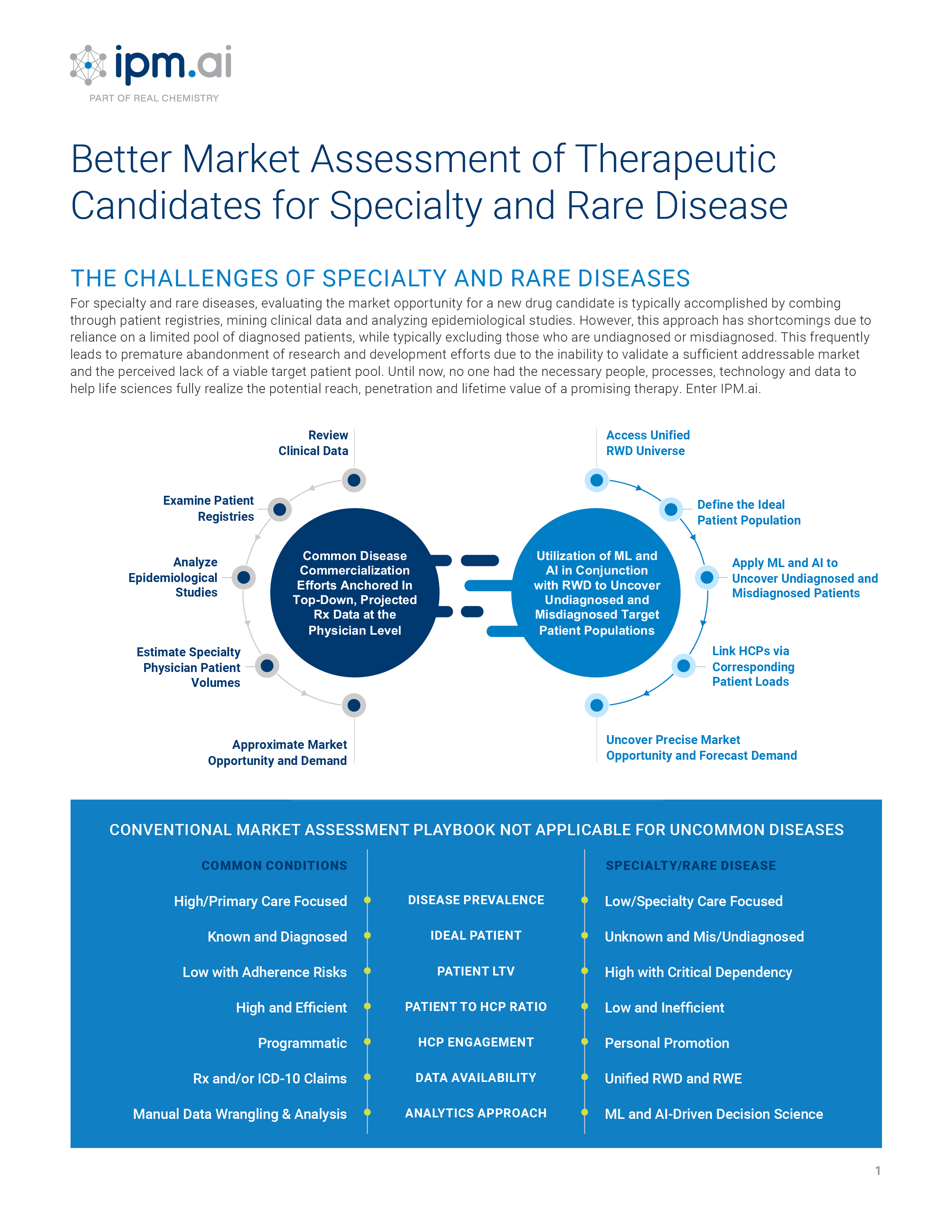 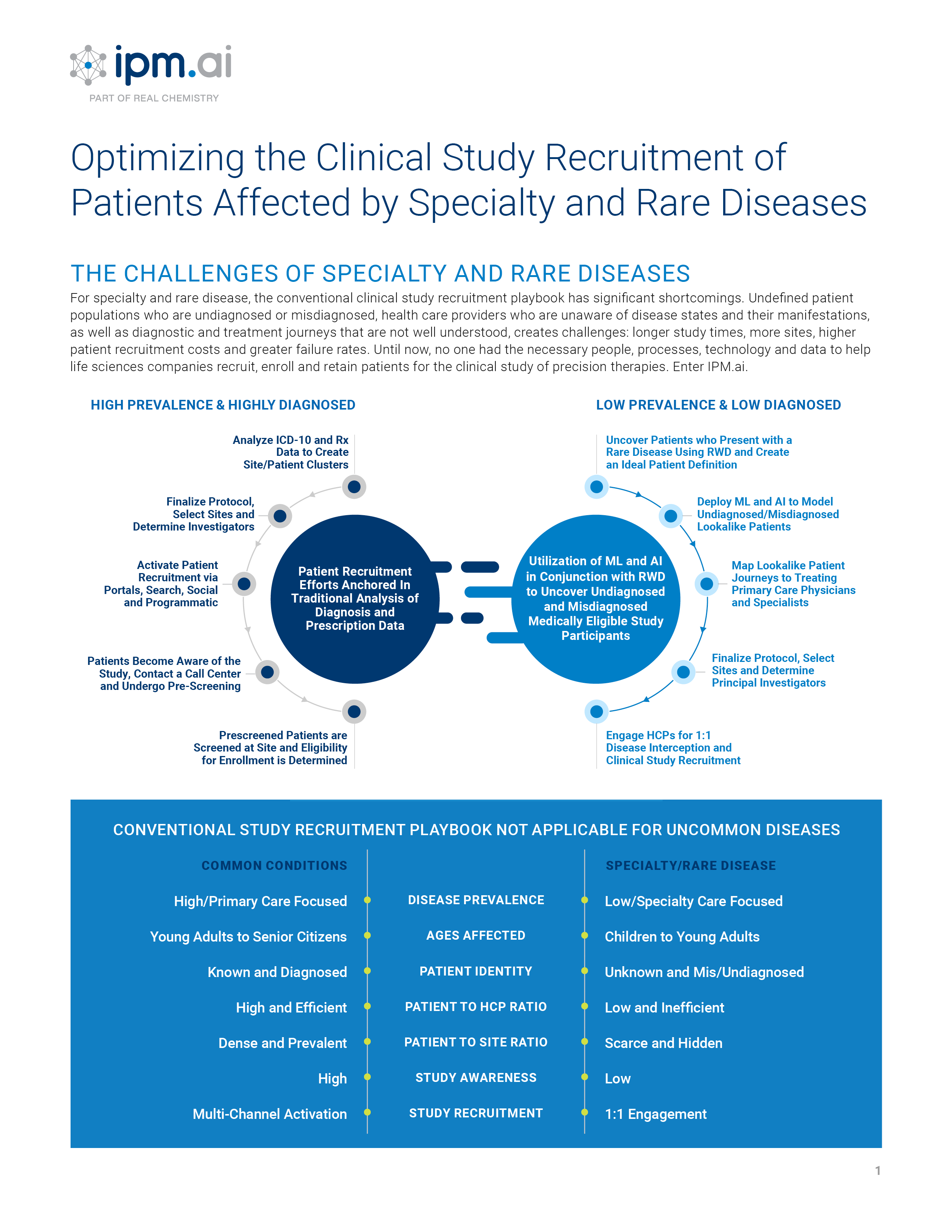 Improving the Commercial Outcomes of Specialty and Rare Disease Treatment 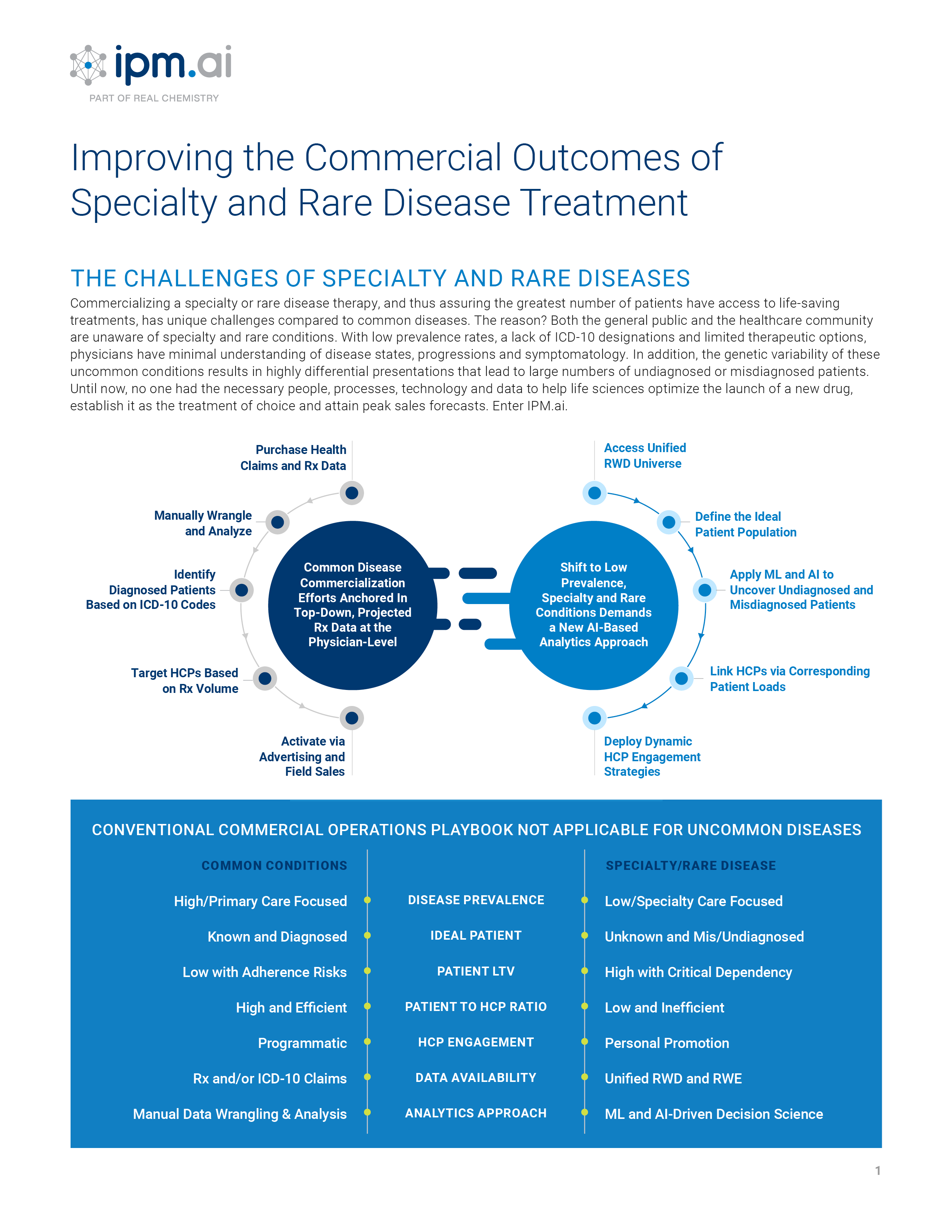 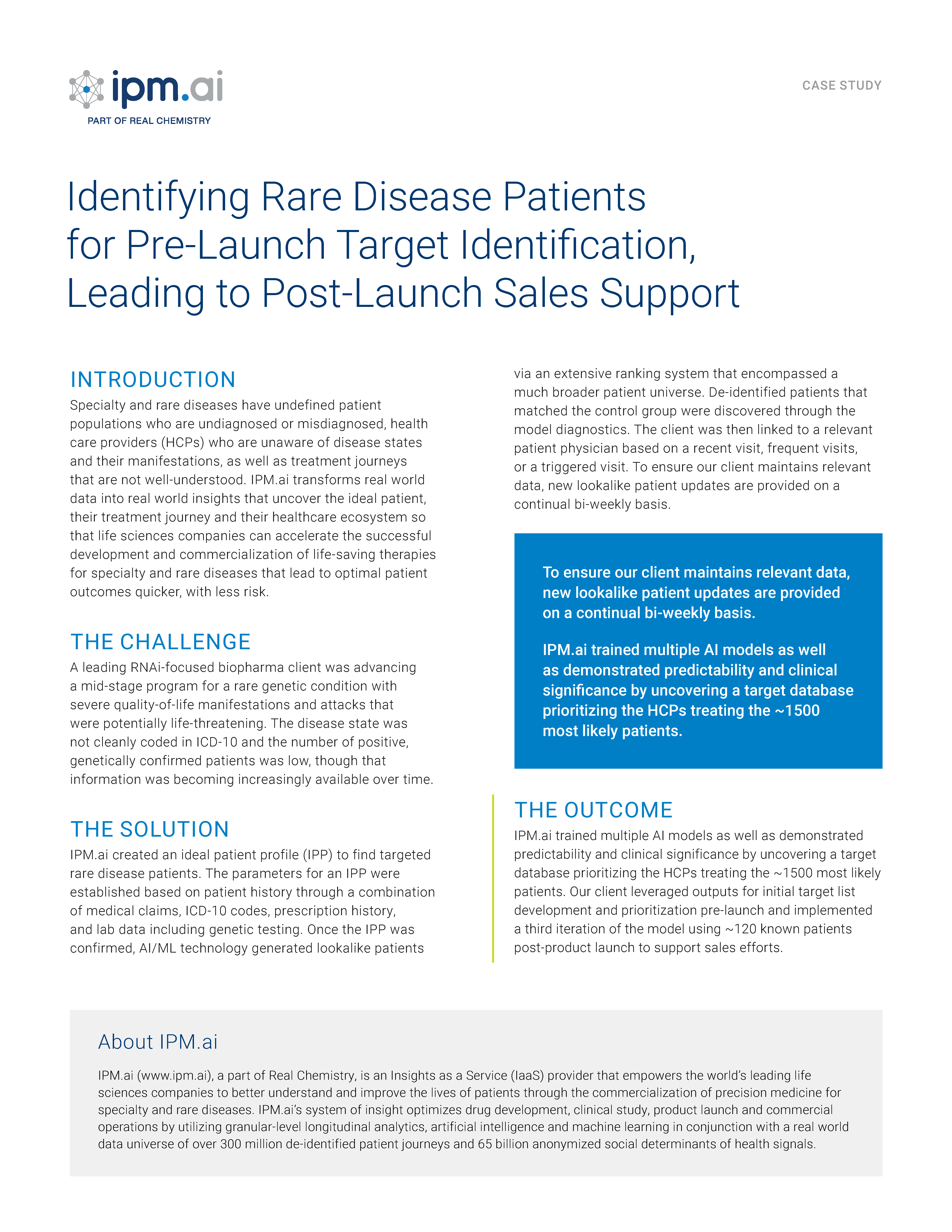 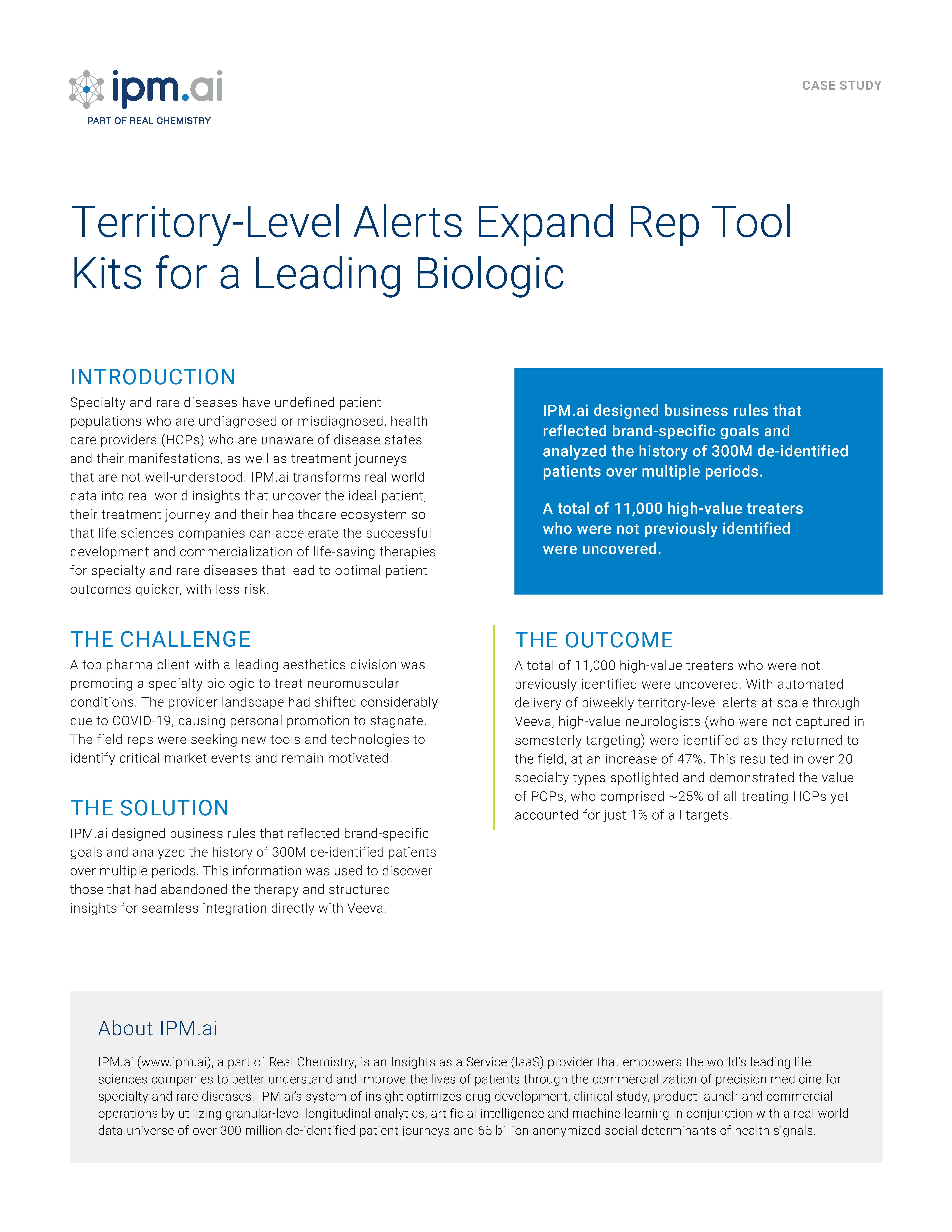 Raising Awareness of Potential Treaters of an Underserved Patient Segment 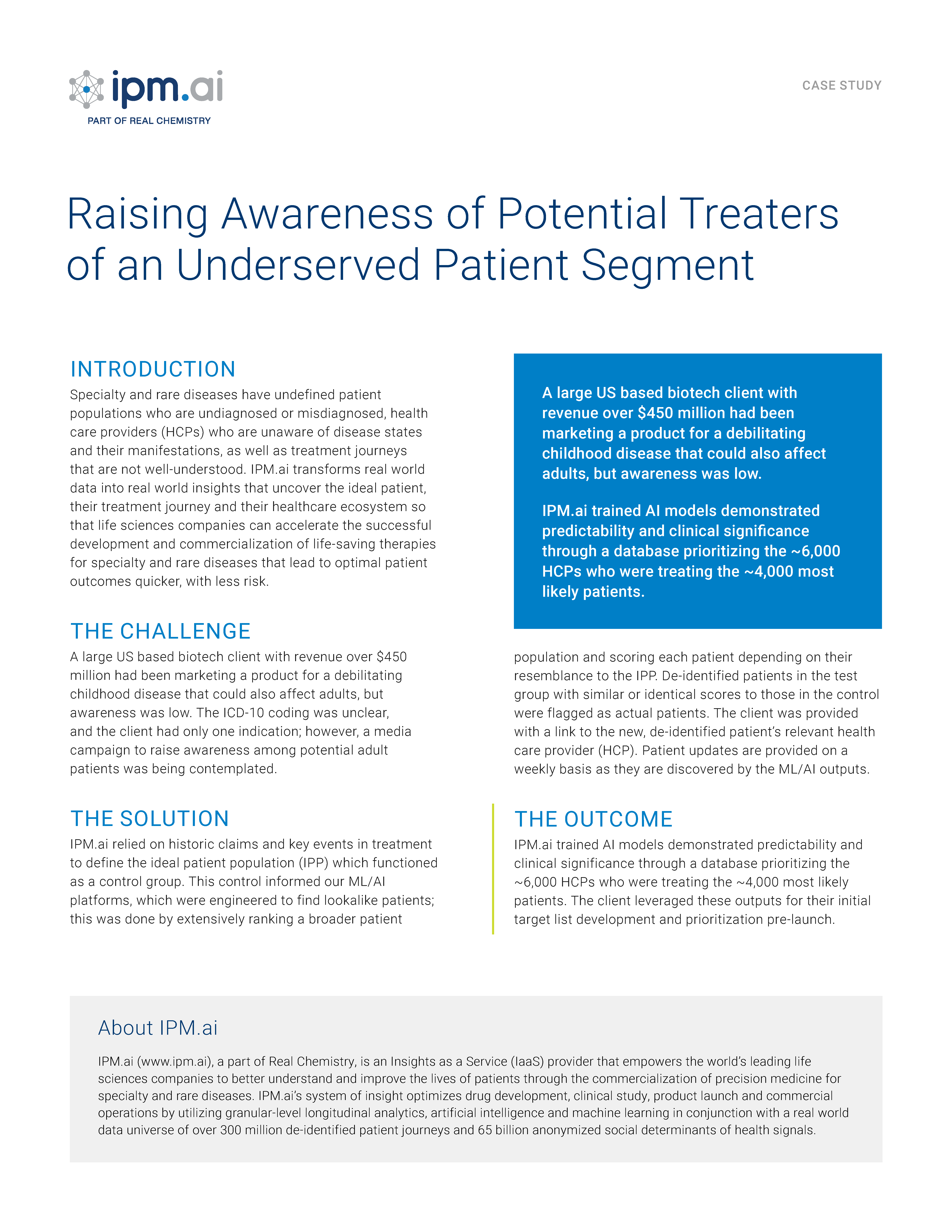 Empowering the Field Through Market Insight 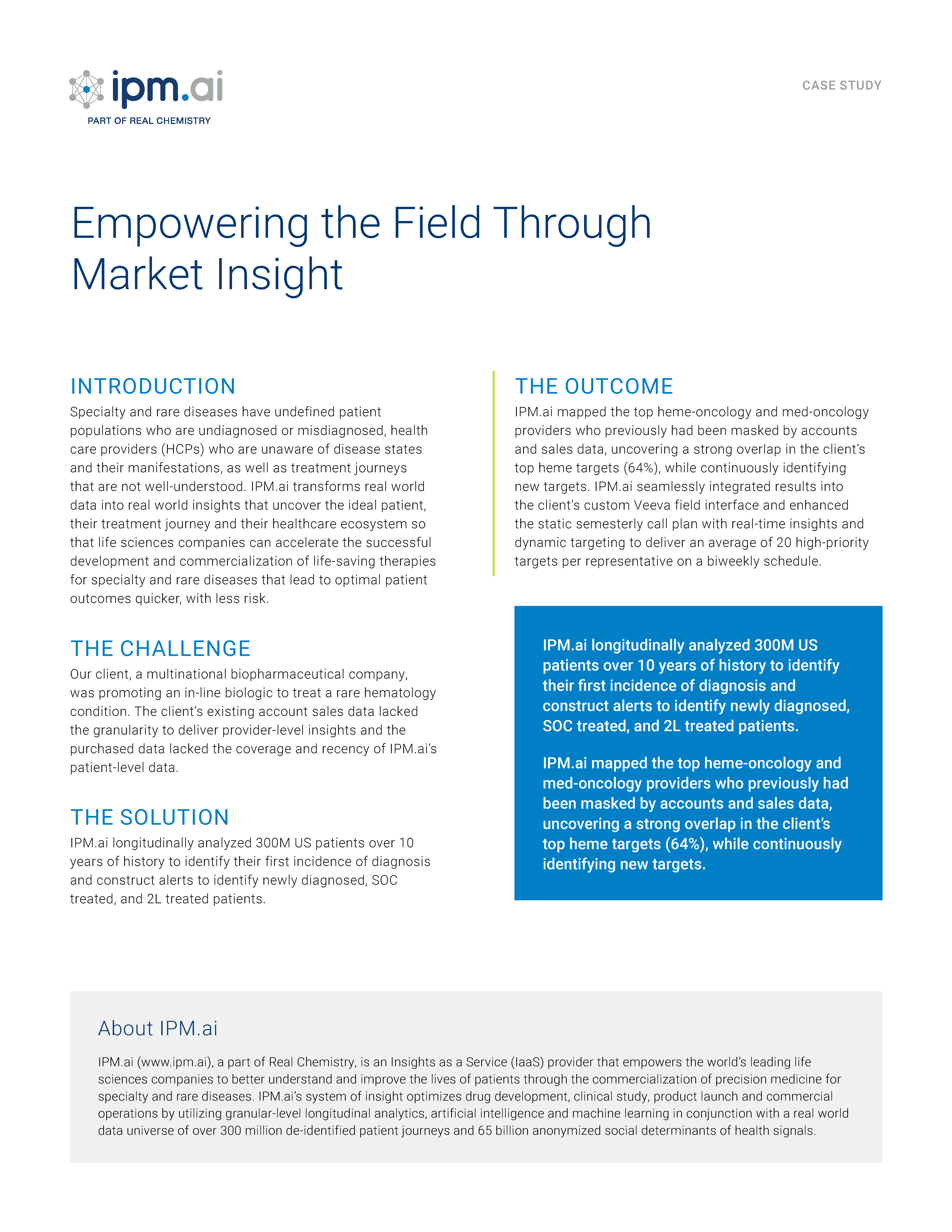 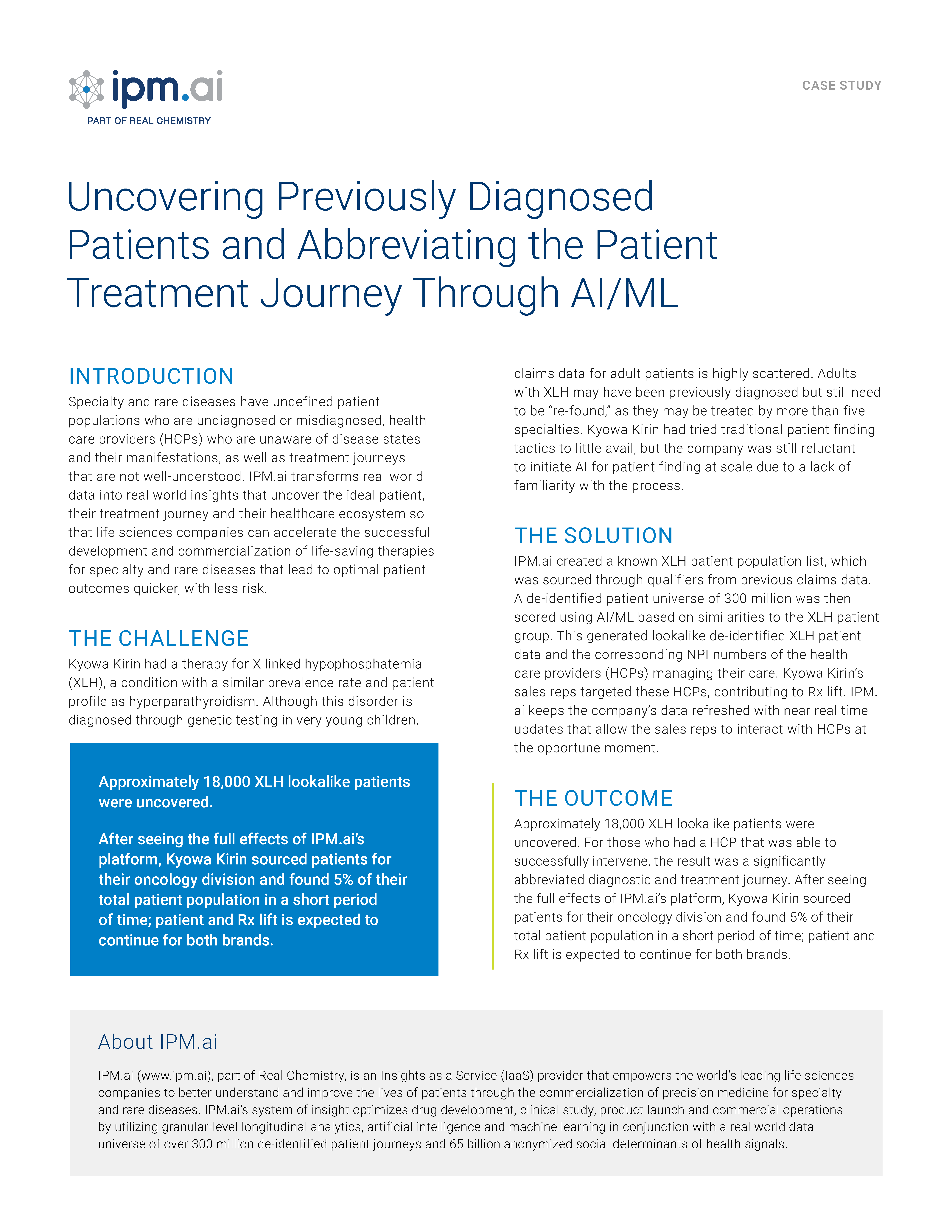 Bridging the Gap Between Published and Perceived Disease Prevalence 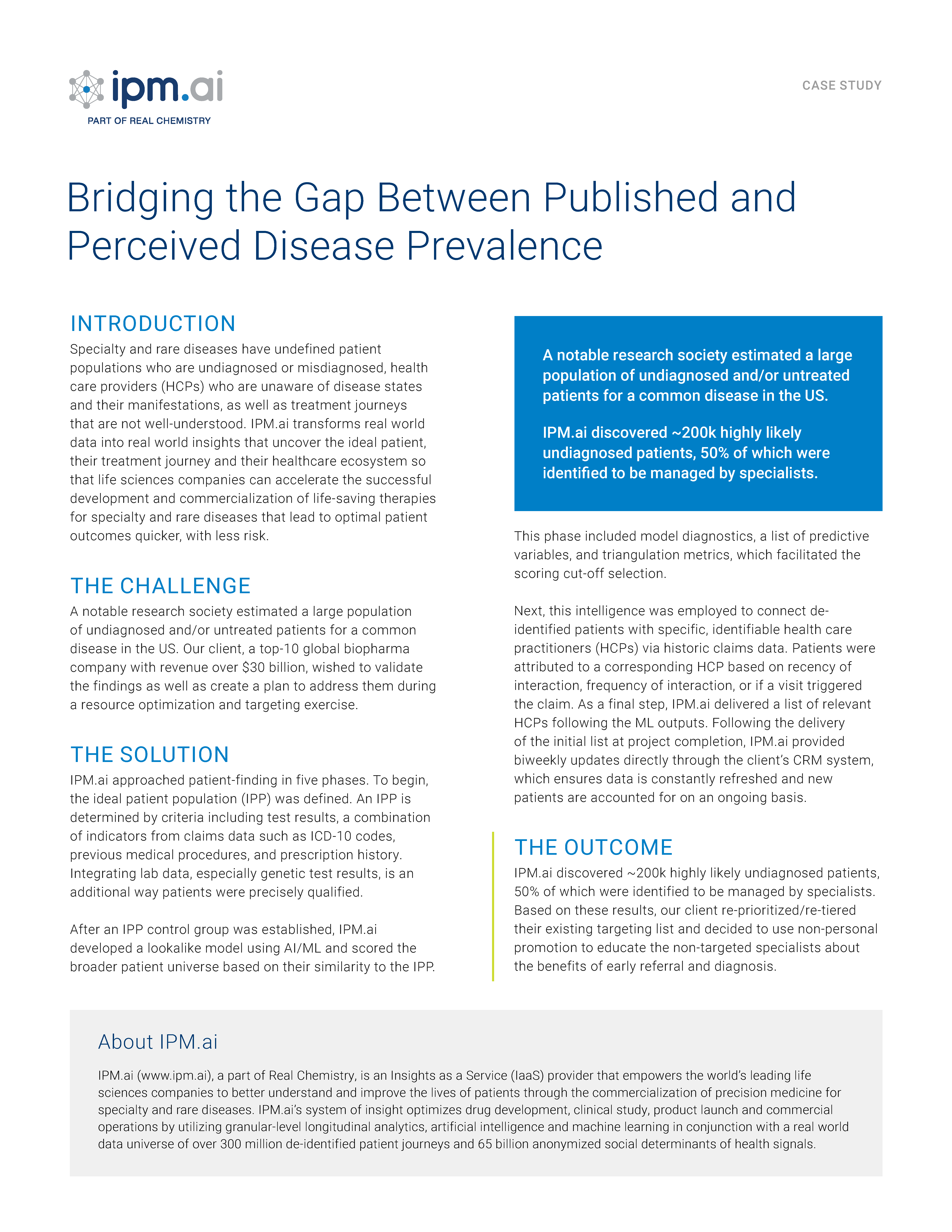 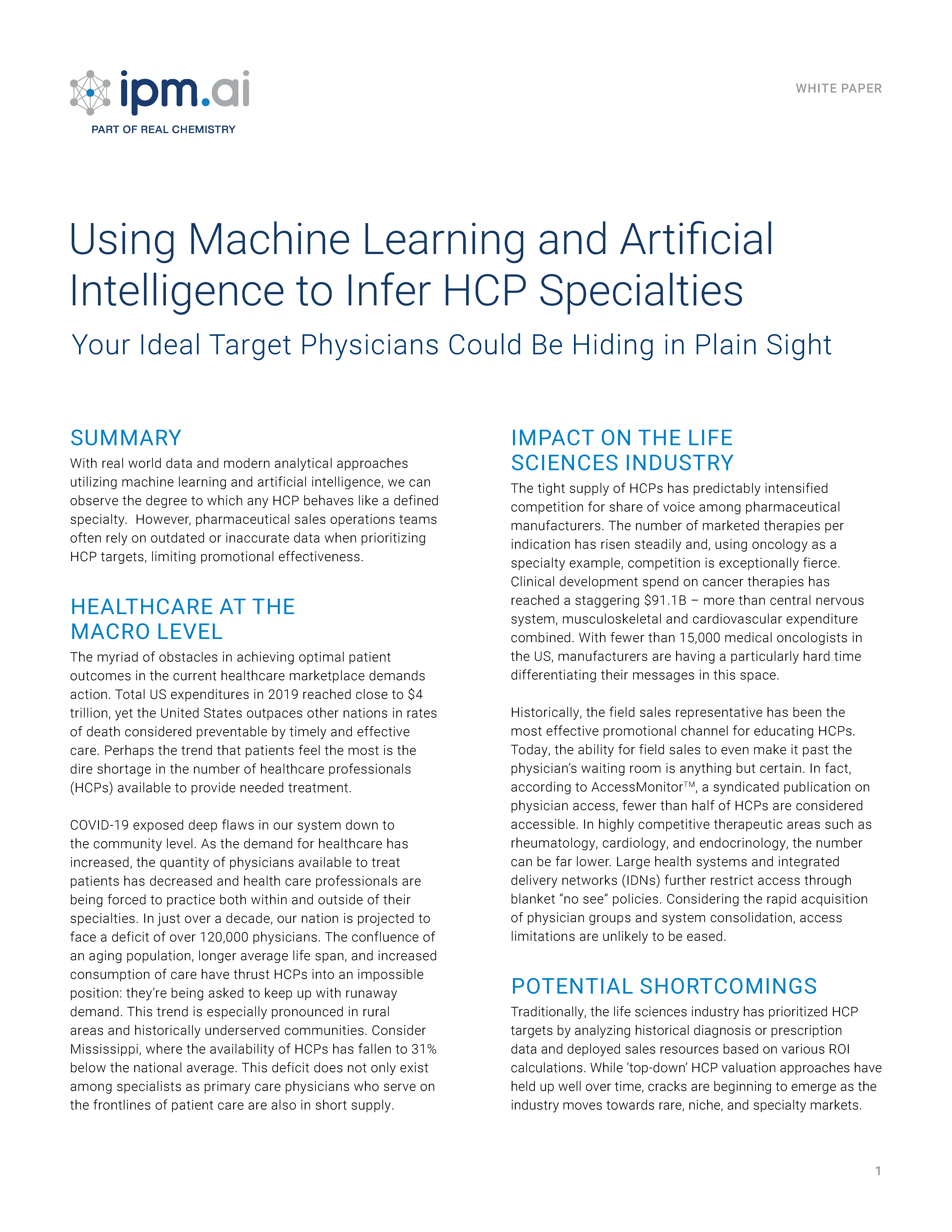 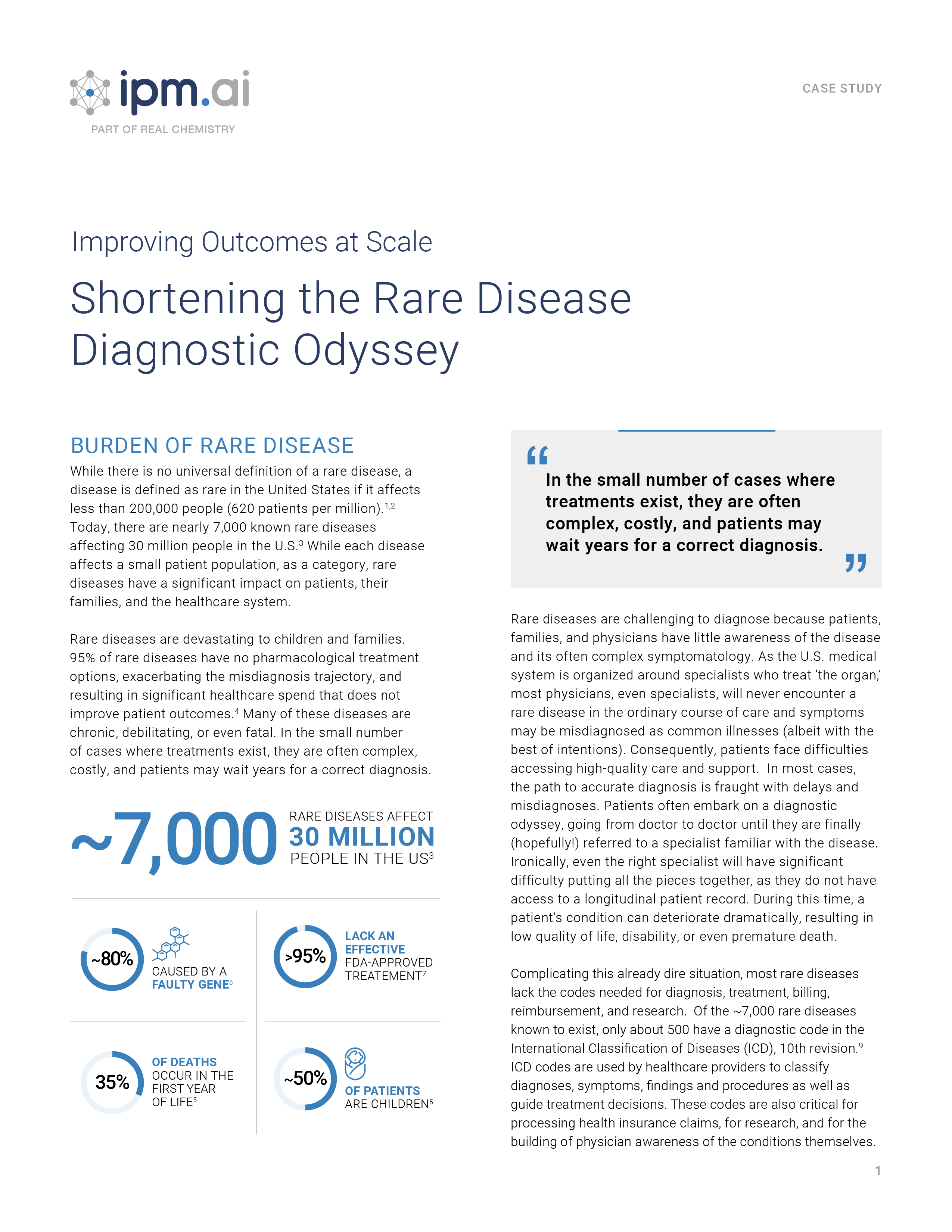 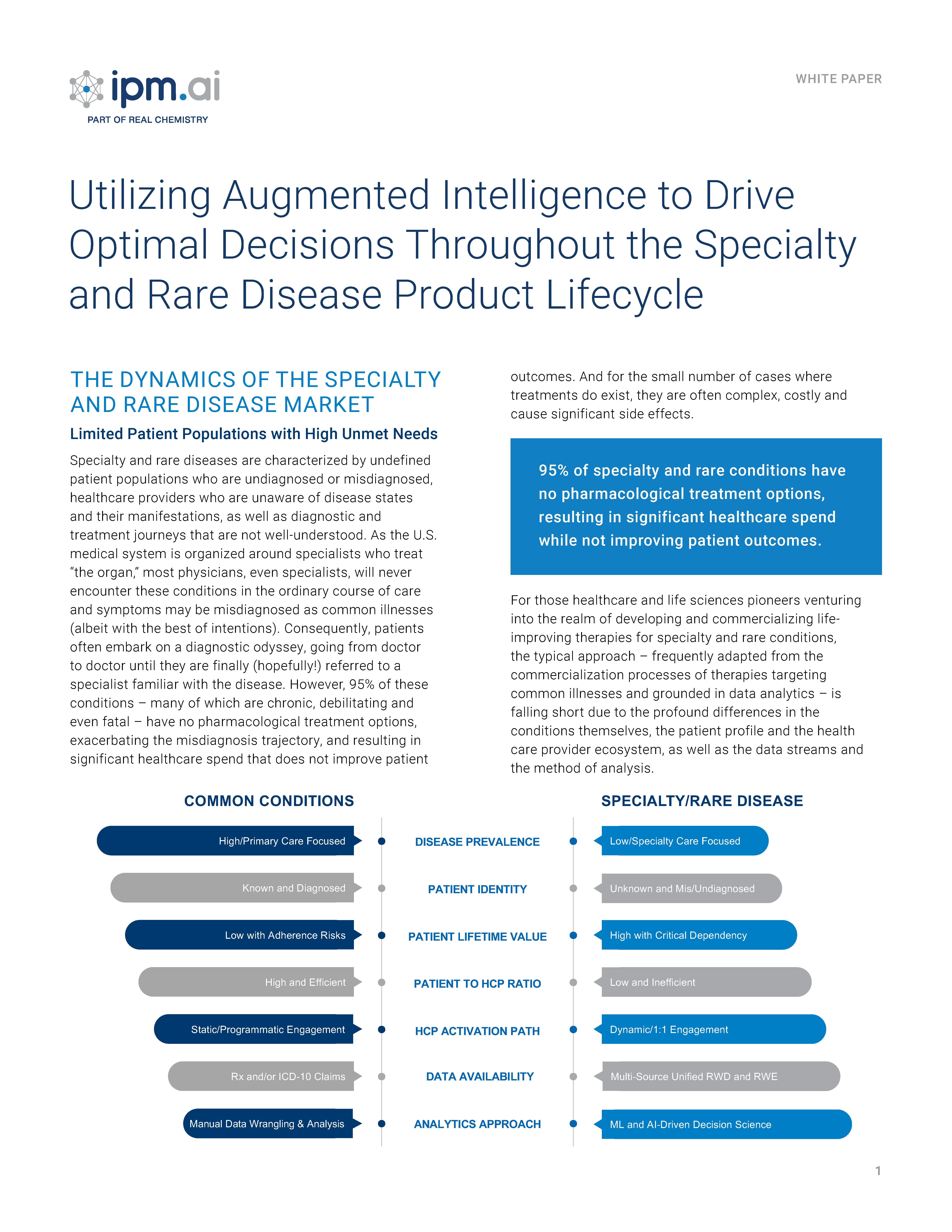 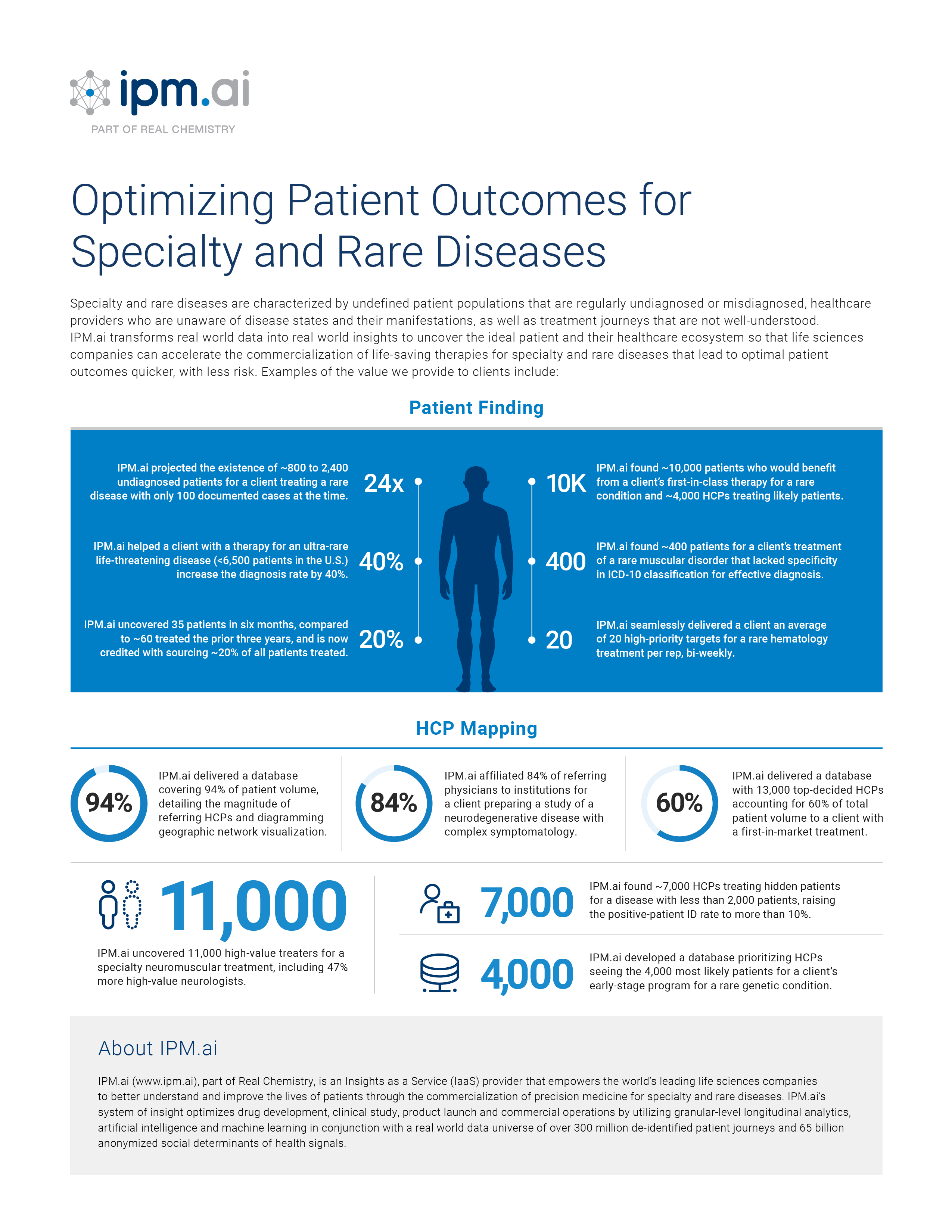 Hear from our Clients 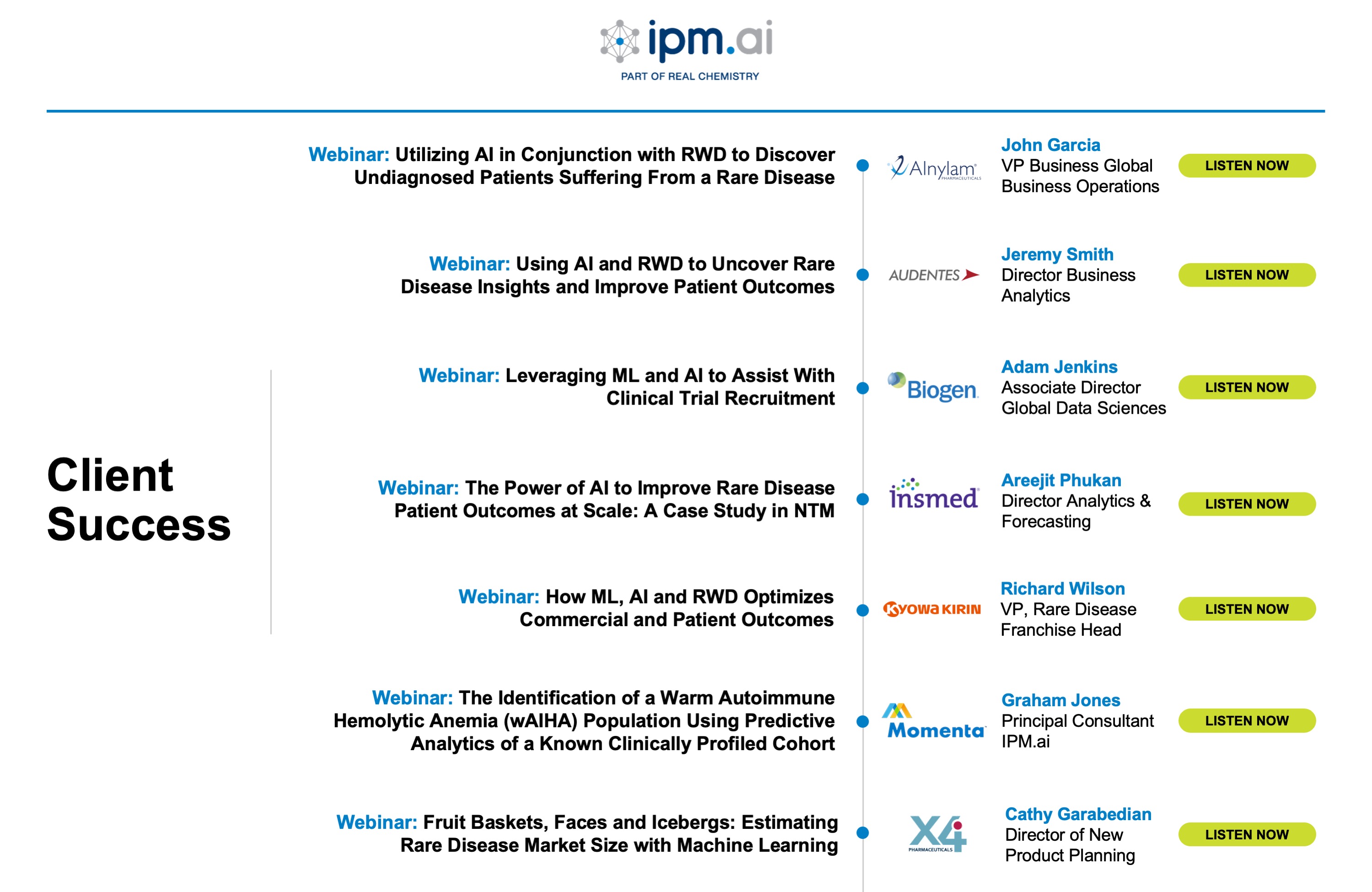 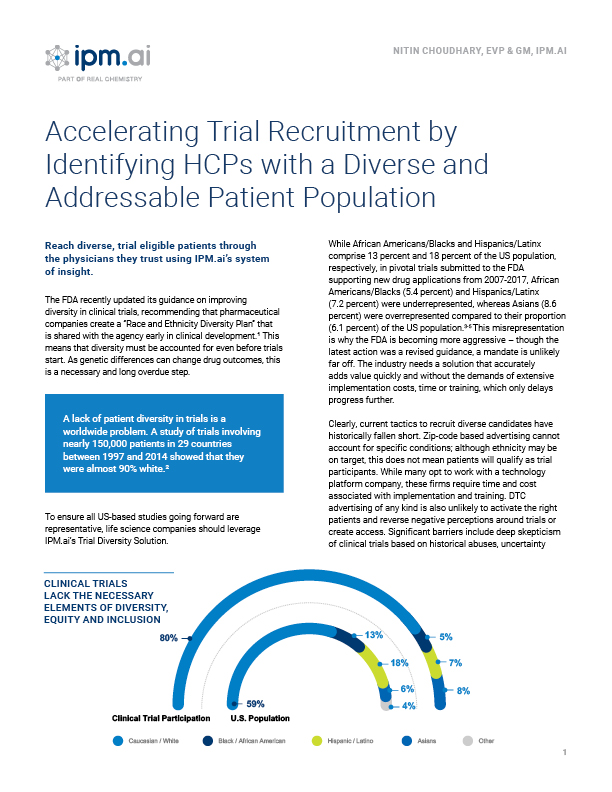